The Good, The Bad, and The Neutral – Everything You Want to Know About Sentiment Analysis

In recent years, sentiment analysis has become common practice across sectors for market research, specifically in local government communication. What does “sentiment analysis” actually mean? What capabilities does it have? How can you put it to use day-to-day when communicating with residents and evaluating the reach and impact of your work?

In this session, we will hear about national trends in resident feedback through the sentiment lens and highlight the power of Artificial Intelligence in this context in balance with the abilities and needs of a human touch. We will also hear from a local government communicator in California and the co-owner of an external affairs firm on how they use sentiment analysis to inform communication decisions and internal processes. You’ll leave with a stronger understanding of sentiment analysis and how it can benefit you and your organization. 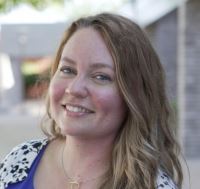 Brianne Terrell is a Communications Senior Coordinator for the City of Lancaster in Southern California. Focusing on internal communications for the City, she acts as the brand manager, editor-in-chief for its quarterly magazine publication and writes press releases, eNewsletters, and Council talking notes. Brianne has experience in the private and public sectors, managing b internal and external communications, crisis communications, brand design, and strategy. She is interested in crafting meaningful messaging, connecting with new audiences, and ensuring teams are working cohesively to achieve a goal. A California native, Brianne spends a lot of time outdoors. She also enjoys traveling in and out of the country, making tea with herbs from her garden, spending time with her pets, Wally and Chapo, and reading. 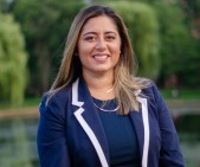 Samantha is principal and co-owner of In-House Alternatives (IHA), a Massachusetts-based external affairs firm. IHA provides communications and advocacy services and strategies to non-profits, municipal governments, and small businesses. She received her master’s degree in public administration from Suffolk University and her undergraduate degree in journalism and political science from the University of Massachusetts Amherst. Most of Samantha’s career has concentrated on communications and advocacy work for health and human service organizations in Massachusetts. She has also served in both elected and appointed positions in her hometown on the Board of Health and Town Manager Search Committee. 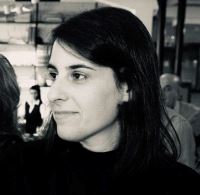 At Zencity, Noam conducts high-level data analysis and research into overarching trends across cities and counties. Before joining Zencity, Noam led partnership development and international advocacy in a number of human rights and policy organizations. In the meager spare time left after succumbing to mindless television, she likes to think fondly of a pre-pandemic time when she had hobbies, like drawing comics and doing improv theater. 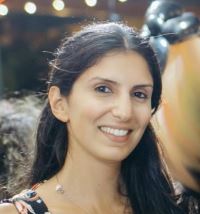 Shiran is the Data Group Team Lead at Zencity. She leads the development of data science products based on data collected from social media and resident surveys and builds end-to-end systems to serve Zencity’s users. She earned a bachelor’s degree in biomedical engineering and a master’s in electrical engineering from Tel-Aviv University. Originally an algorithm engineer, she found her way into data science five years ago and can't seem to get enough! She loves traveling, improv theater, and practicing yoga in her spare time.